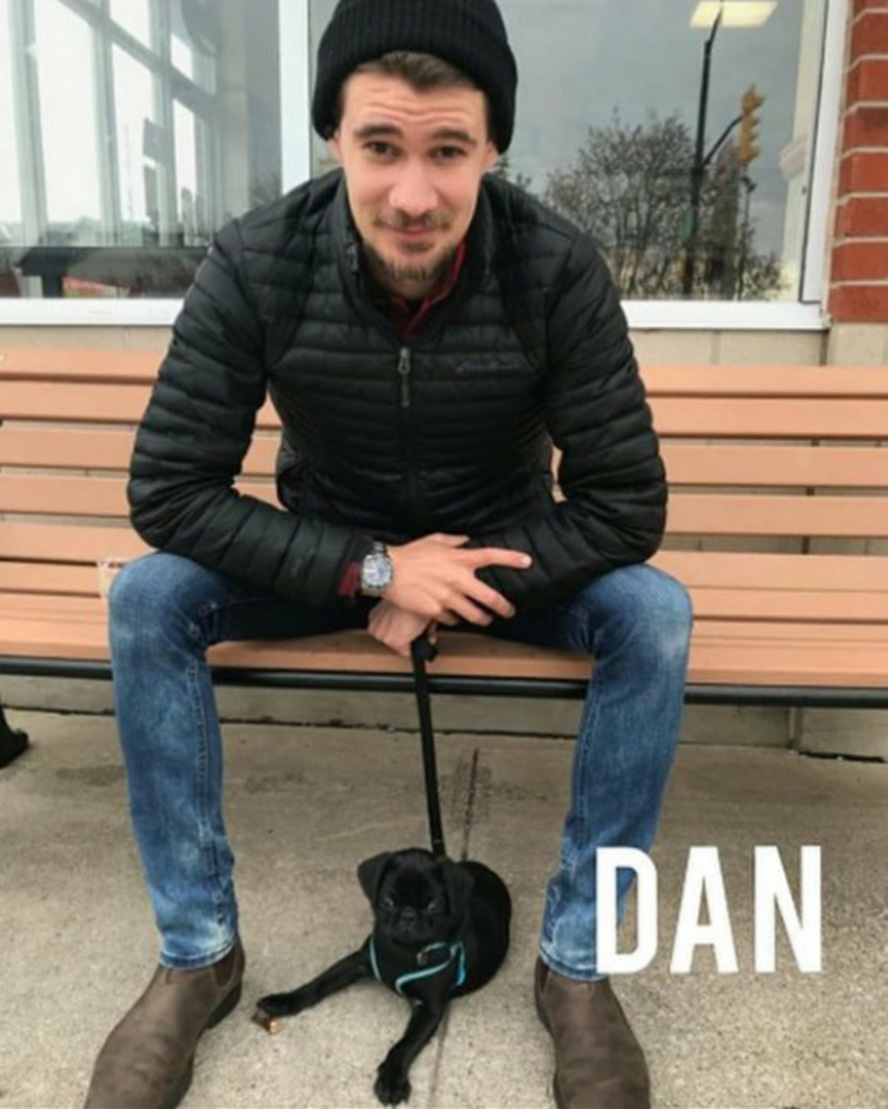 Daniel’s love for dogs started at a very young age.  Coming from a family of six kids, his family was never able to own a dog of their own, but he knew he had a real love for dogs and chose to spend his time with the dogs over the humans at family events.

Daniel also was involved in martial arts and had a love for music.  He found himself instructing others in these art forms.  He started teaching guitar for a number of years and quickly realized that passing along education and knowledge gave him great pleasure and pride.

Having worked in the automotive service industry his whole life, Daniel felt a nudge and a passion for training dogs after getting his own dog 2 years into his marriage.  Daniel’s wife wasn’t sure if they could keep the dog and didn’t realize how hard puppyhood could be! Day after day, the unconditional love grew between Daniel and Gibson (and eventually between Gibson and Melody!). Daniel knew he wanted to learn more about dog training and help others to build a better relationship with their own dogs, just like he helped Gibson and his wife. This led to him meeting Eric Straetmans and beginning his apprenticeship with Beyond the Leash.

Daniel knew by mixing passion of dogs with his love of education and instruction to humans.  Becoming a pro dog trainer would be the perfect combination.