This month’s customer spotlight features Richard Bell, developer of Select! Select uses forms that showcase many of Cognito Forms’ advanced features. For example, the main bidding sheet (which you can check out in this video) takes advantage of the ability to prefill forms and is dynamically updated through a connection to Microsoft Power Automate (formerly Microsoft Flow) and MS SQL Server.

1. Tell us a little bit about your business!

Richard: The mission of Productive Procurement is to help corporate procurement teams efficiently deliver growth to their organizations. The company was established in 2010. Since 2016, the focus has been on solutions using process automation technologies, UiPath and Microsoft Power Automate.

An example of a solution developed by Productive Procurement is the Select application. Select automates the distribution of requests for proposal to vendors. Select also collects vendor responses, qualifies them, and takes care of vendor feedback. At the end of the negotiation, Select reports the results in a comprehensive, standard format. More information about Select can be found here.

2. Why did you choose Cognito Forms?

Richard: I started working with Cognito Forms in June 2017. Originally, I was looking to capture product and service requirements at the front end of vendor negotiations. My background is in Finance and Procurement, and I have only worked deeply in development for the last two years. Cognito Forms was very easy to work with, and I developed a robot which automated the entry export to transfer form data into the negotiation robot. Over time, the breadth of functionality available in Cognito Forms enabled me to add more sophisticated features, often with the patient help of Cognito Forms highly responsive support team! 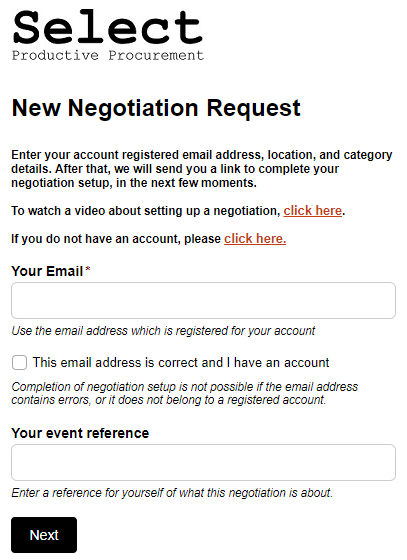 3. How does your business use Cognito Forms?

A second example of Cognito Forms’ functionality which attracted me was the interface with Microsoft Power Automate. I use this integration to reliably transfer form data to Azure SQL Server, where vendor offers are processed and feedback is generated. Given the range of functionality available with Cognito Forms, I am sure that I will continue to find more features to improve Select’s automated negotiation service.

Thank you so much to Richard for taking the time to answer our questions!

Would you like to be featured in our next spotlight? Feel free to get in touch with us!